This post contains affiliate links. If you click & make a purchase, I receive a commission! Thanks!  As an Amazon Associate I earn from qualifying purchases. You can read my disclosure policy here.

From a very young age,, my son had a strong interest in math, science, and all things legos. He competed in many lego competitions through the years. And we would find good movies for him to watch to try to develop his budding future engineer mind. He is now in college and he is majoring in Engineering. He spent many hours watching math movies growing up. Engineering and Math movies have always been a necessity in our household.

This is a free printable for parents. It is a list of high quality math and science based films that kids and teens may enjoy.

Free Printable of the best STEM and MATH Movies HERE

An astronaut becomes stranded on Mars so NASA and a team of international scientists work to bring “The Martian”, played by Matt Damon, home to earth. RATED: PG-13

A mysterious wormhole is found in space as the earth and the entire human mankind is at the verge of extinction. A team of explorers must find the human race a new home. RATED: PG-13

From the world’s tallest buildings to solar cars, and the Great Wall of China, Dream big explores different engineering inventions in detail and celebrates the minds behind them. RATED: NR-Documentary

Particle fever is a movie about science and scientists. And you may enjoy the physicists rapping . . about physics. RATED: NR – Documentary

This movie is a history lesson about African-American female mathematicians who helped NASA bring people into space. RATED: PG

A Beautiful Mind is a true story about John Forbes Nash, a mathematical genius who made astonishing discoveries but was also diagnosed with schizophrenia. He later want on to receive the Nobel Peace prize for his work in game theory. RATED: PG-13

THE MAN WHO KNEW INFINITY

Based on a true story, The Man who Knew Infinity is about Srinavasa Ramanujan, an Indian Mathematics genius who solved problems believed to be impossible. RATED: PG-13

Queen of Katwe is a Disney movie about a young girl from Uganda who learned to play chess. With support of her friends and family, she became an international chess champion. RATED: PG

Child prodigies are fascinating and rare. In this movie, the mother is played by Jodie Foster, and she has a seven year old son that is a child prodigy. The son attends a school for exceptional students where his intellect can be developed. RATED: PG

Based on a true story, October sky is an inspirational drama about the life of Homer Hickam as he grows up in a small coal town but dreams of building rockets. He later goes on to become a NASA Engineer. RATED: PG

Played by Tom Hanks, this film produced the famous tagline “Houston, we have a problem”. The story recreates the lunar mission crisis of 1970. RATED: PG

Based on a true life story, this movie is about four hispanic teenagers who form a robotics club to learn to build a robot. RATED: PG-13

free goodies straight to your inbox 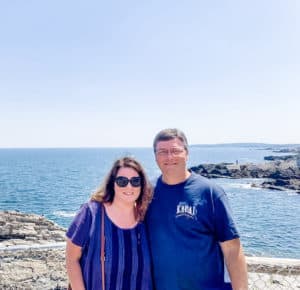 It’s so nice to meet you!  I’m a fellow mom who is passionate about family time, bible journaling, art projects, road trips and travel. I love creating memorable moments with my family that provide fun, learning and character building for my kids. I am a homeschool mom of 13 years and also a Registered Nurse. At 24hourfamily.com we want to celebrate the importance of family and inspire you to live with purpose and intention.

24HourFamily.com is a participant in the Amazon Services LLC Associates Program, an affiliate advertising program designed to provide a means for sites to earn advertising fees by advertising and linking to amazon.com

This website, 24Hourfamily.com is a participant in the Amazon Services LLC Associates program, an affiliate advertising program designed to provide a means for sites to earn advertising fees by advertising and linking to amazon.com

This error message is only visible to WordPress admins